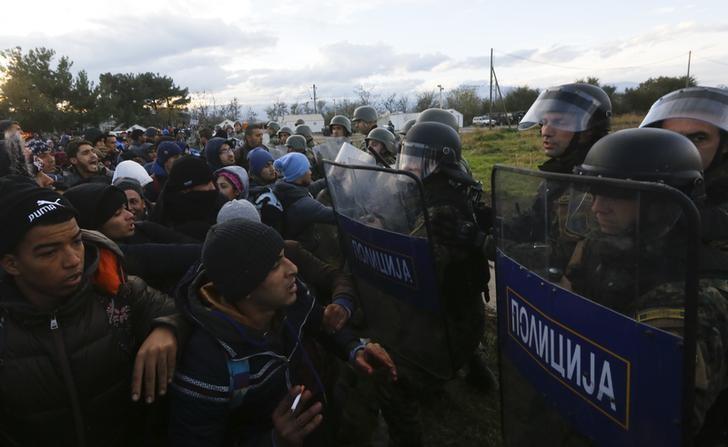 If Mustafa had known what it would be like living in a refugee camp in the Greek capital, he would never have left Syria.

Four months of living in a broken tent by Athens’ Pireaus harbor, waiting for his asylum claim to be processed has caused Mustafa to bitterly regret his decision to leave Aleppo.

“Anywhere. Anything is better than this,” he said as a tear trickled down his cheek.

Only 38, Mustafa, who like many asylum seekers declined to give his full name, looks much older - as does his wife Nadia, 37, who sits beside him, sweaty and squashed in their small tent. Outside the temperature rises to more than 35 degrees Celsius (95 degrees Fahrenheit).

The couple left most of their family behind in Syria, except for Mustafa’s parents who made it to a refugee camp in Turkey.

“We didn’t think we’d be here long but we’ve yet to have our first (asylum) interview,” Mustafa told the Thomson Reuters Foundation.

“They’ve delayed it over and over again. At this rate we’ll be here for years. Sometimes, I just want to take my wife’s hand and jump into the sea.”

Since 2015, Greece has been the main entry point into Europe for refugees and migrants fleeing conflict and poverty in the Middle East and beyond.

A European Union (EU) deal with Turkey has helped stem the flow of migrants making the narrow but precarious sea crossing from Turkish shores to outlying Greek islands - but many are still getting across.

More than 160,000 people have arrived in Greece by crossing the Mediterranean so far this year, almost half of them from Syria, according to the U.N. refugee agency UNHCR. The majority of new arrivals have applied for asylum in the EU.